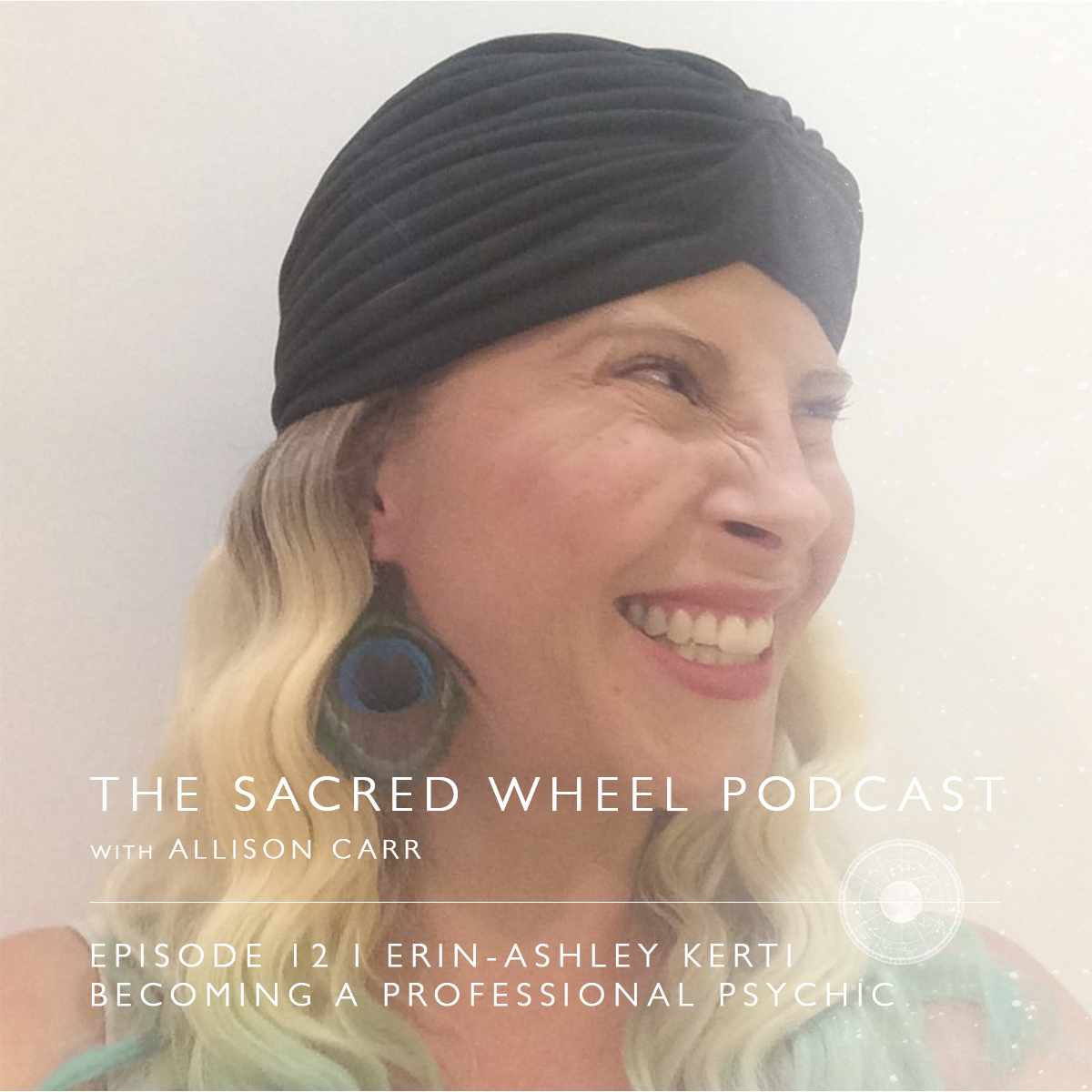 Erin-Ashley Kerti: Being a Professional Psychic 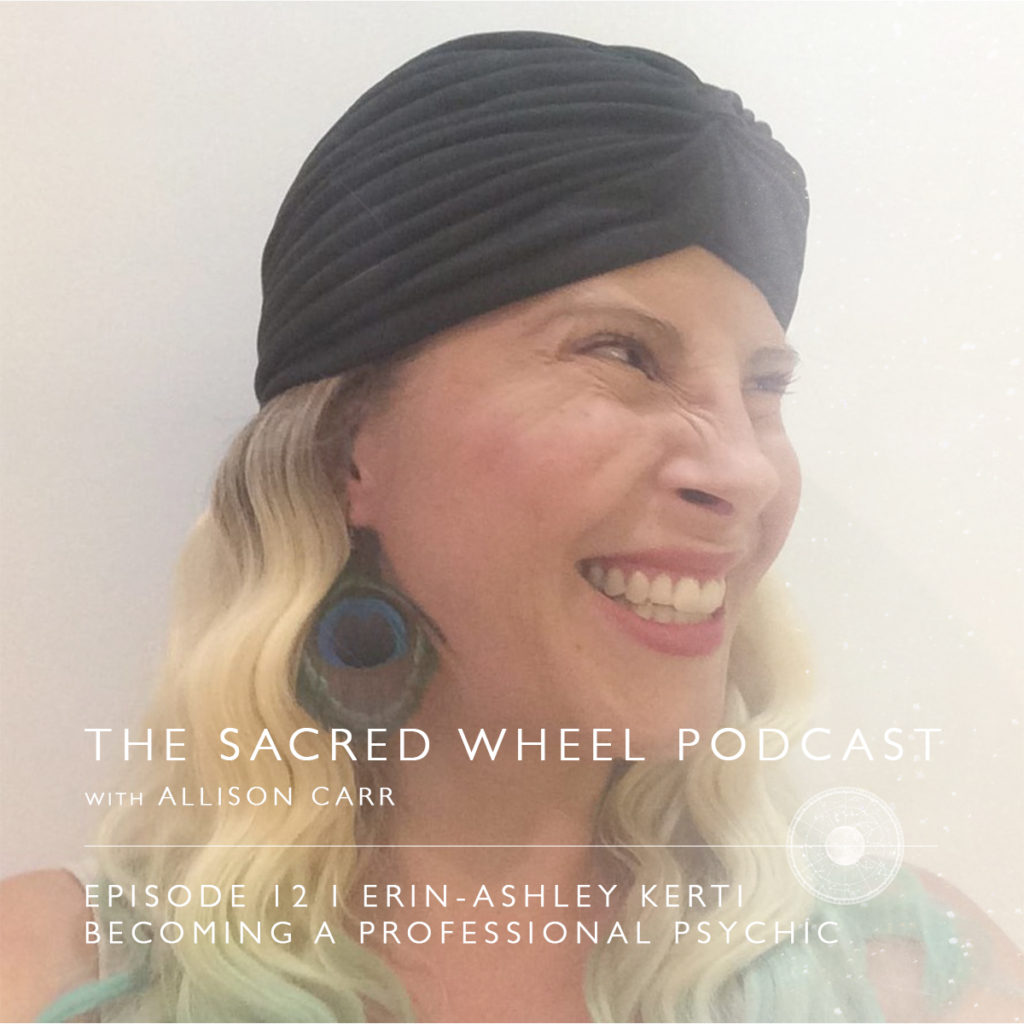 I recently sat down with Erin-Ashley Kerti to talk about what it takes to go pro at being a psychic. She related to me the story of how she came to her gifts reluctantly, having grown up in a very skeptical and scientific family. An undeniable experience led her to start exploring the visions she had been having.

We discussed whether everyone has psychic gifts (spoiler: they do), and her recommendations for budding psychics who want to hone their skills.

The approach Erin-Ashley takes will surprise you, her advice: have fun!

Erin-Ashley gave me the low down on the typical time frame it takes to develop your gifts enough to start charging for them, and why it is good for the world if more people start owning their gifts.

She also gave me her energy forecast for the next 5 years, and emphasized the importance of developing coping strategies so that you can still get clear messages during tumultuous times.

We ended our interview with a brief discussion of ethics.

Listen to the full interview here:

You can find out more about Erin-Ashley and her Pro Psychics Mechanics course at her website: www.spiritualmechanic.com

Why I Use the Word Witch

This has been a sticky and difficult thing for me to be public about, but it finally feels like time to have the discussion.

I am a witch. I was trained by witches. I was in an initiation process for 6 years, guided by witches. All my family knows I’m a witch, yet I was afraid to say it publicly and online.

Everyone has a reaction to the word witch. It is a powerful word. Many people feel negatively about it, some people feel intrigued and drawn to it. But most people make completely wrong assumptions about me when I tell them I am a witch.

So why would I use a word that gives people the wrong idea about me?

The answer, for me, lies in history. In their groundbreaking text Witches, Midwives and Nurses, Barbara Erhenrich and Dierdra English outline how the witch-hunts of the middle ages served to divest women of their traditional areas of influence as village healers, and placed men as the authority over women’s health and women’s issues. Witches were demonized charged with all manner of things. So much so, that the word witch is now still means ‘evil woman’ in many parts of the world.

This divorced all people, women especially, from their innate sources of power: the earth.

For me the story goes back way further than the middle ages. To the time before the patriarchy. Back when women ruled the temples, presided over religious rights and were most likely the holders of political power in their communities.

Archeologist Marija Gimbutas who’s pioneering work in the goddess worship of ancient Europe, found no evidence of war in the early cultures she studied. No weapons, and no depictions of battle scenes. Not a single one.

I’m not naive enough to assume that these cultures were utopian, but they certainly seem to have figured out something we have not.

As religions dominated by male gods began to proliferate, so did war. Goddess religions slowly lost influence and importance until the only areas left as ‘purely’ women’s business were the common tasks of birth, death and healing. Until the witch burnings, that is.

With the subjugation of women’s bodies came the regulation of their sexuality. We are still seeing that tired story played out in our national politics.

We are in the midst of what many have called the Great Remembering. We are waking up collectively to the knowledge and power that we all lost when we burned those women and men. When we shut down the goddess temples and when we stopped worshipping the rhythms of nature. For me, the word witch holds that, but it also holds something else.

It holds the scrappy anarchistic notion that we all have access to this power. It means something more that the word priestess, which I also use. As one of my teacher used to say: all you need to do to become a witch is clap your hands three times and say “I am a witch, I am a witch, I am witch!”  Accessing and honoring the power innate with in each one of us, is our birthright.

In reclaiming this maligned word, I seek to honor all those women, those who were of the craft, and those who where simply deemed guilty because of they were bright or unmarried, or simply didn’t fit the mold.

That is why I call myself a witch.